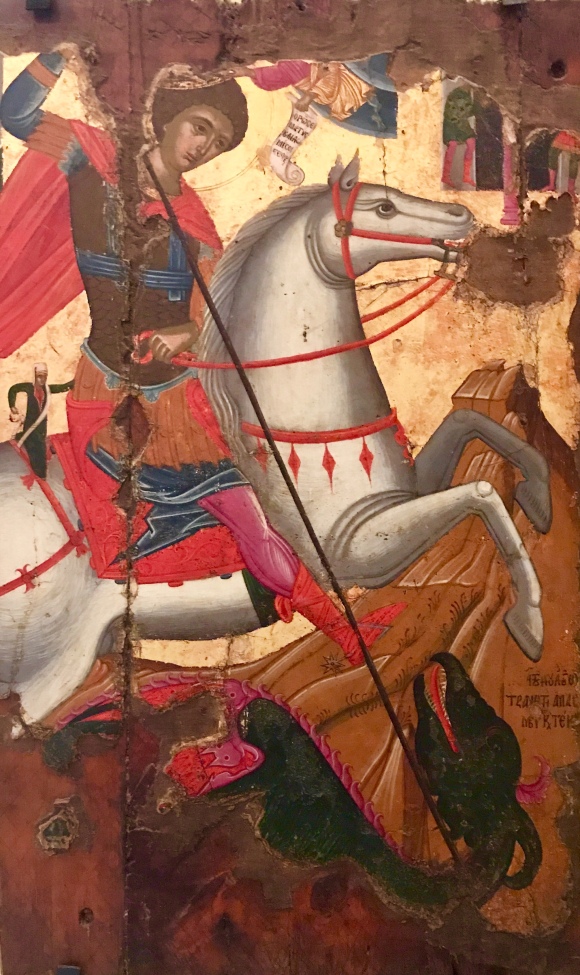 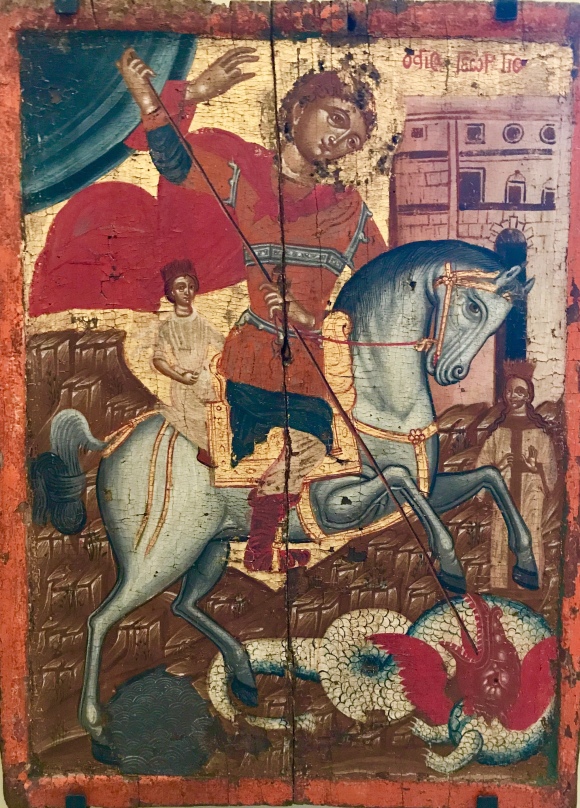 The church of St Mary of the Castle (Our Lady of the Castle) faces up Ippoton (the Street of the Knights) in Rhodes Old Town. Now a museum, it has had an interesting past. It dates back to the eleventh century, when it was the Greek Orthodox Cathedral of Rhodes. By 1322 (when it was mentioned in a Papal Bull of Pope John XXII), it had become the Roman Catholic Cathedral of St Mary. After 1522, the building was used for Islamic worship as the ‘Enderum Cami’.

I visited recently, alone in the building apart from an attendant in heated discussion with her mother on the phone. The structure has both a light and airy aspect, and an air of peace and calm (despite the best efforts of said attendant). It wasn’t my first time visiting and won’t be my last – the place appeals to me. To mark St George’s Day, I took these two photographs of the work of unattributed seventeenth century artists.

Home thoughts from a broad.

These are great photos, Jane!

[…] the Inn of the Tongue of Auvergne to the eleventh-century church of St Mary of the Castle (Our Lady of the Castle), Rhodes Old Town, […]