My GP (general practitioner, or family doctor) is based at Durlston House, or number 18 North Hill, Colchester. I have a long connection to North Hill, perhaps longer than I realise, specifically number 47 with its key place in my personal history.

Number 18 lies on the east side of North Hill and has its own stories to tell, of course. It was given Grade II listed status in 1950 – recognising its late 16th-century structure with Georgian facade and its 18th-century oriel window over the central doorcase. Yet earlier, in the 19th-century, Roman tessellated paving and medieval walling had been discovered in the back garden.

There are exposed wooden beams throughout the house, perhaps the most eye-catching of which are in the north room downstairs, now the surgery waiting room. Here, the walls are covered with public health notices, an electronic screen flashes the names of patients, doctors, and rooms, and the obligatory leisure magazines sit, neglected, on a corner table.

If those waiting (sometimes) patiently only look up to the beams, they can see there painted inscriptions. The medical practice has thoughtfully transcribed, printed out and framed them as a poster for the patient to read and make of what they will. Here, as so often in life (and medicine), there is no explanation. 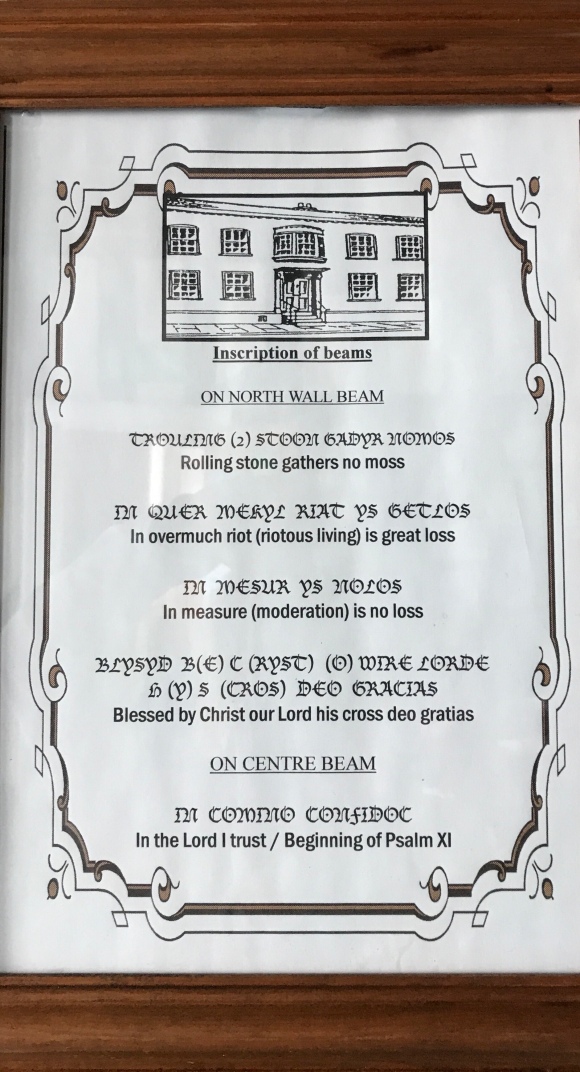 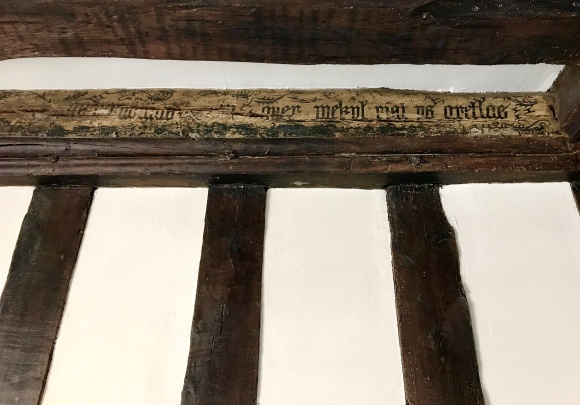 Home thoughts from a broad.

Sadly, the surgery has recently had to relocate and regroup – the landlord of number 18 put the rent up to an unsustainable level for the GPs.