Zoe-dog is now living her best life. She has been practising self-isolation for over 7 years, emerging only for basic necessities (this category includes, but is not limited to; chasing cats off the property, ensuring Frank-dog is not being preferred and TREATS).

The Old Inn, Mullion, a 16th-century thatched inn on The Lizard, mainland Britain’s most southerly point. Dog-friendly, book-friendly, with a warm welcome, large portions of food and a good selection of drinks – what more could you want on a blustery January day? They have rooms, too, if you can’t tear yourself (or your dogs) away.

When you’ve been for a run in the park, done your ‘chores’ and ‘helped’ with the baking, well then it’s time to turn on Classic FM, eat a treat and take an afternoon nap on the sofa. 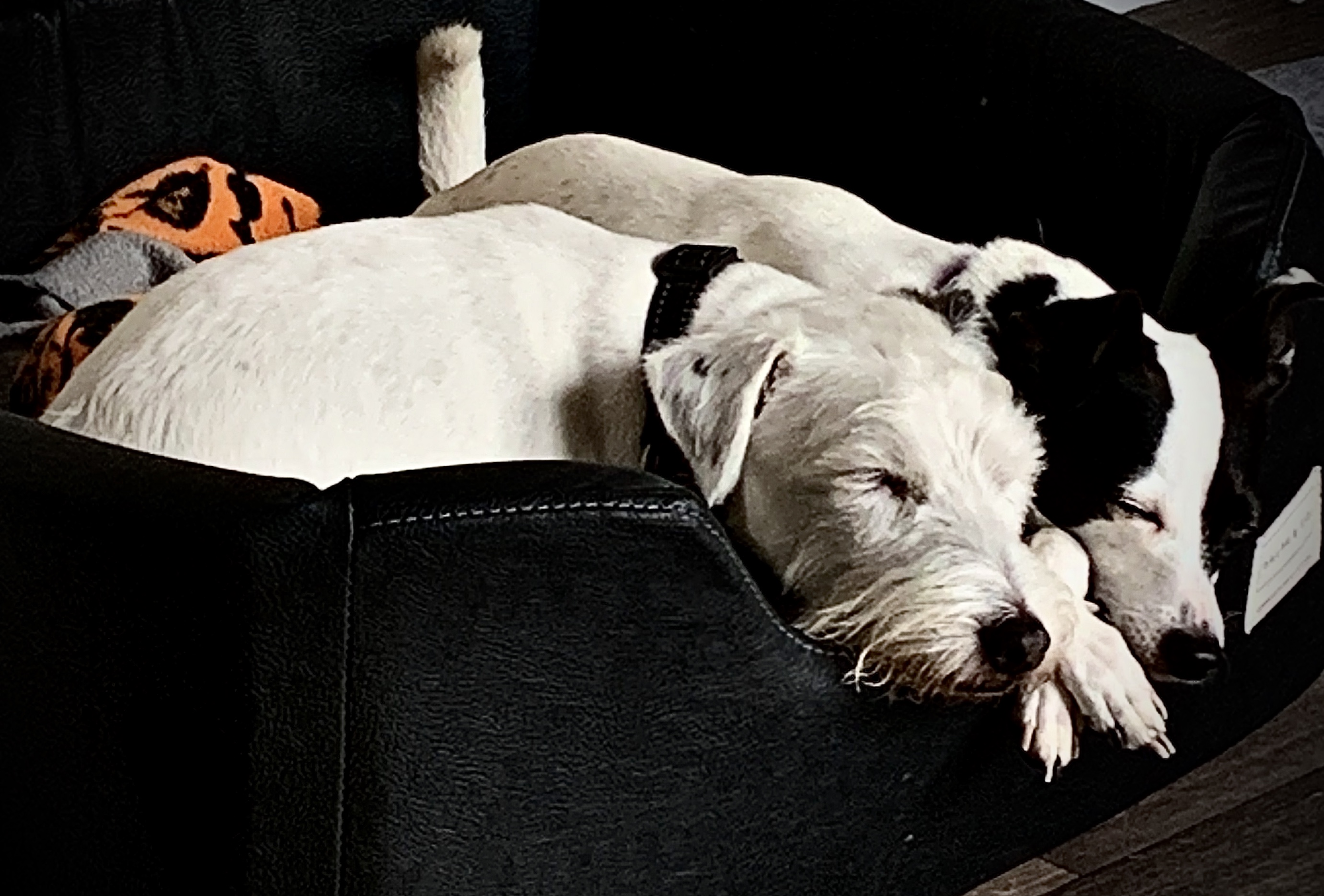 As a drawn-out, unpredictable, emotional rollercoaster of a sober October (my canine-supervised sobriety has been raising funds for Macmillan Cancer Support ) draws to its inevitable close, Frank and Zoe-dog prepare for winter. They begin to tolerate each other in close proximity for the darkest months; sharing fur warmth and firework worries. Tomorrow, Zoe-dog will celebrate her seventh birthday. A rescue from downtown San Jose, CA, where she was dumped as a tiny puppy at Christmas 2012, I gave her Hallowe’en as her birthday. The math works and so do her spells.

The thunderstorm the night before, when waking up is so hard to do.

From Frank-dog, who is exceptionally cosy. Good night, sleep tight.

On the way home from work on Friday, on the spur of the moment, I decided to visit Colchester Castle and make the most of my resident’s pass. It was dark, the gates to the park were barely open, and the Castle itself was about to close to the public for the night. Randomly, I thought I would shop local! in the museum shop. Specifically, I was looking for a Christmas tree topper with a difference and hoping for a Boudicca (ideally with chariot), but I would have settled for a centurion or Saint Helena (Colchester’s patron saint). Sadly, there were no such decorations, and nothing which could be adapted to suit.

As I was the only visitor, members of staff were eager to tell me what I was looking at; to act as my personal guides. I declined their help, I wanted to be alone with my ancestry, and I escaped to the Castle gaol. It ceased to be used for that purpose in 1835; but in its 600-year history, the gaol had held prisoners of war, convicted criminals, and suspected witches. A sound and light show is activated when visitors enter and reflects this latter part of the story – when Matthew Hopkins, the ‘Witchfinder General’ came to Colchester in the 1640s. He was busy here; more ‘witches’ were executed in Essex than in any other county in England. But we Colcestrians persist, as we must.

(Happily, dear reader, I headed home to make my own Christmas tree topper and – naturally – there is now a decorated dog topping my tree, to add to the two live ones ‘decorating’ its base).